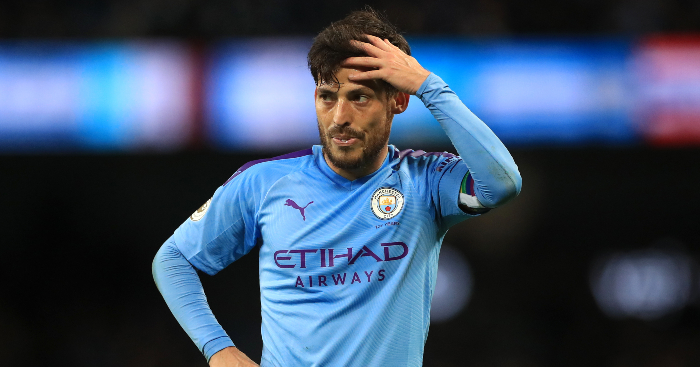 Manchester City‘s David Silva is undoubtedly one of the great Premier League midfielders of last ten years, which just goes to show missing sitters can happen to the very best of the best.

The former Spain international, who’s into the final few months of his City career, had a good opportunity to put his team 2-0 up ahead against Port Vale in the FA Cup when the ball was drilled into him, two yards out. He somehow spooned it up and onto the bar.

To make matters worse, Tom Pope – who made the headlines after disparaging comments about John Stones emerged on social media – equalised shortly after for Vale.

The veteran striker had previously tweeted that he’d “love to play” against Stones every week, adding he would “get 40 a season”. Having talked the talk before, he walked the walk here, although City regained their lead shortly before half-time.

Actual proof that it happens to the best of us 👀😅#EmiratesFACup pic.twitter.com/Cj9N3wHCp5