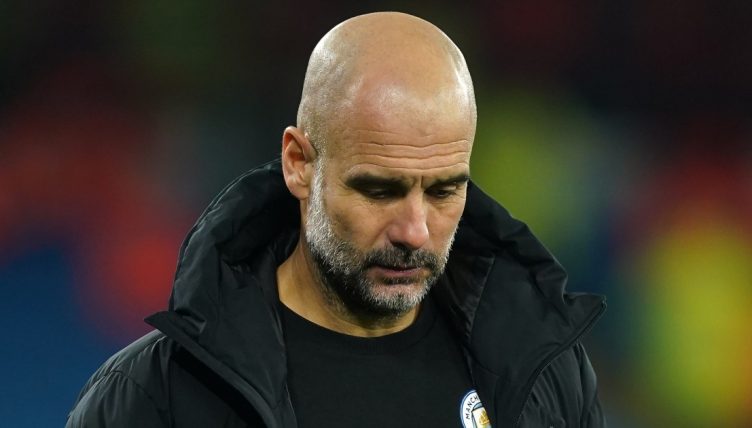 Pep Guardiola appeared to vent his frustrations at assistant Rodolfo Borrell after Harry Kane’s last-minute winner at the Etihad.

Kane produced a man of the match display to help Spurs inflict defeat on the Premier League leaders – City now have Liverpool on their coat-tails, just six points behind in second place with a game in hand.

It looked for all the world like Guardiola’s side had salvaged a draw when Riyad Mahrez converted a penalty minutes from full-time, before Kane’s last gasp header sent the Spanish boss into overdrive.

Guardiola immediately raced to his dug-out after Antonio Conte’s men sealed victory – his right-hand man was on the end of the brunt of his anger. Borrell sat emotionless in his chair as Guardiola exploded with rage.

Despite his hot-blooded reaction to defeat, Guardiola didn’t seem too disheartened with events when speaking post-match.

“It’s normal [to lose],” he said. “Especially in the Premier League.

“The teams at the bottom won all their games [this weekend]. Everyone fights for everything so it will be difficult. We know it.

“Today happened, we lost a game, we were close to a draw, maybe a win. Congratulations to Tottenham.

“We will recover this week and onto the next game. We have to fight for every game and every game we will try to win.

“We have to make a lot of points to be champion and that is what we will try to do.”

Pep Guardiola's assistant was on the receiving end after the Spurs winner 😬pic.twitter.com/qB86FC08nw