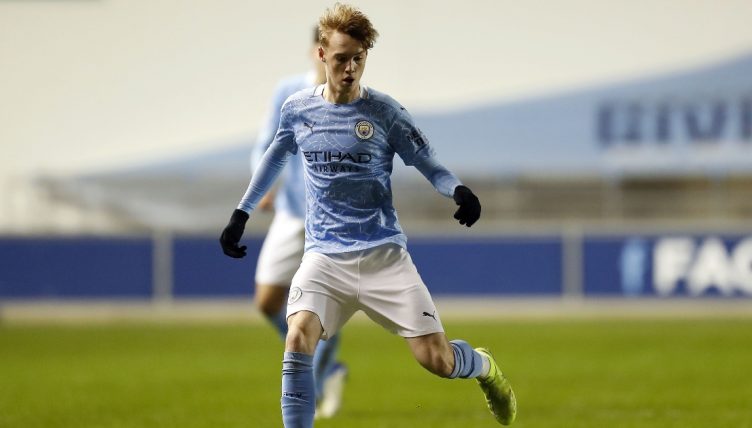 Having watched Phil Foden establish himself in the Manchester City first team, Cole Palmer looks set to try and follow in his footsteps.

Palmer was the star of the show as City’s under-23 side took on Manchester United in a local derby. It may not be the real thing, but it is a match that both teams will have been desperate to win.

Samuel Edozie’s strike ensured that City went into half-time in front and onlookers were treated to the Palmer show in the second half.

A brace will no doubt have caught the attention of Pep Guardiola on its own, but the way in which he scored the first will have made the display even harder for the Spaniard to ignore.

Picking up the ball on the right-wing, the midfielder took one touch, had a look at the United goal, and struck the ball.

The left-footed shot was hit with such venom and swerve that any goalkeeper in the world would have struggled to keep it out of the top corner.