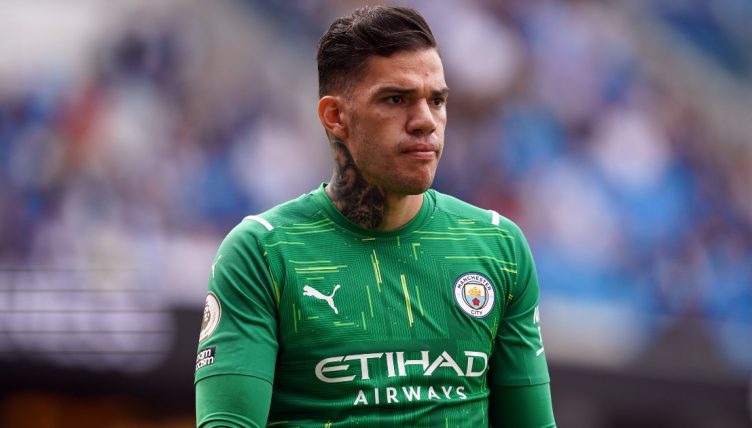 Manchester City goalkeeper Ederson nearly pulled off one of the assists of the season when he played a stunning 80-yard pass to teammate Phil Foden during his teams game against Liverpool on Sunday afternoon.

Ederson, who has become renounced just as much for his passing ability as his shot-stopping since joining City back in 2017, performed the audacious through ball during the 44th minute of the tie at Anfield after picking the run in behind by Foden from inside his own penalty area.

Unfortunately for the Brazilian keeper, however, the forward was unable to convert the opportunity with Reds goalkeeper Allison managing to intercept the ball before he could get the shot away – denying what could have been one of the Premier Leagues all-time greatest assists.

The quality of the pass even garnered praise from the Liverpool supporters as an audible round of applause could be heard coming from the home fans quickly after.

“That’s the most outrageous pass from a goalkeeper I’ve seen in my life,” gasped Gary Neville from the Sky Sports commentary box.

It wasn’t the only great would-be assist of the game – earlier in the half, Bernardo Silva went on an outrageous run before creating a chance for Foden.