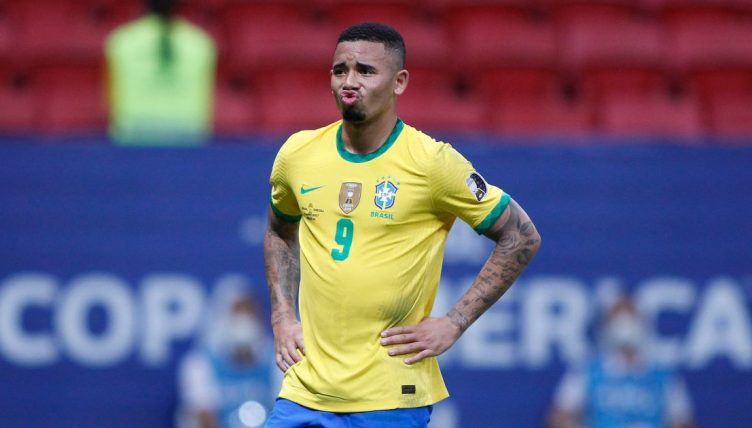 Brazil took the lead through Lucas Paqueta in the 46th minute, only for Jesus to then receive a straight red card moments later.

The striker tried to win the ball but instead caught Eugenio Mena with a reckless flying high boot to the face, leaving the referee with no choice but to send him off.

Despite playing with 10 men for most of the second half, Brazil were able to hold on for the win and will now play Peru in the semi-final.

After the game, Jesus took to social media to apologise to his team-mates and Mina.

“Unfortunately I made a mistake in which the team could have suffered, but this group once again showed strength,” Jesus said on Twitter.

“I apologise to my team-mates and I will always continue to try to learn from my mistakes. I’m relieved to hear that Mena is fine and we’ve already talked about it.”

Gabriel Jesus gets sent off with the ugly challenge. pic.twitter.com/nLpxuE8uDb