Watch: Ruben Dias drags Zinchenko into place for a free kick by his neck 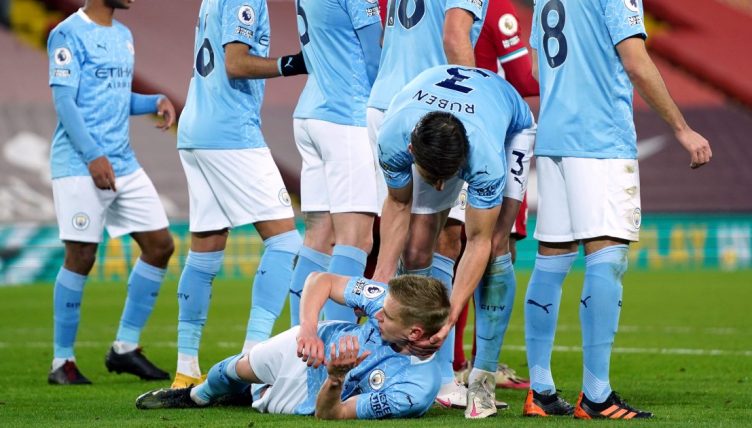 Manchester City‘s Ruben Dias dragged Oleksandr Zinchenko into position for a free-kick by his head during their Premier League match at Liverpool.

Dias has been a revelation since his £61.4million move from Benfica last summer, with his form suggesting that City have found their Vincent Kompany replacement.

Their recent charge to the top of the Premier League table has been founded on a strong defensive record, with Dias and John Stones only allowing one goal in their previous 10 matches.

Judging by how Dias grabbed Zinchenko by his head to place him horizontally behind the wall before a Liverpool free-kick, it’s not hard to see why.

Unsatisfied by his team-mate’s positioning, the Portugal international picked Zinchenko up and moved him a couple of inches to the left.