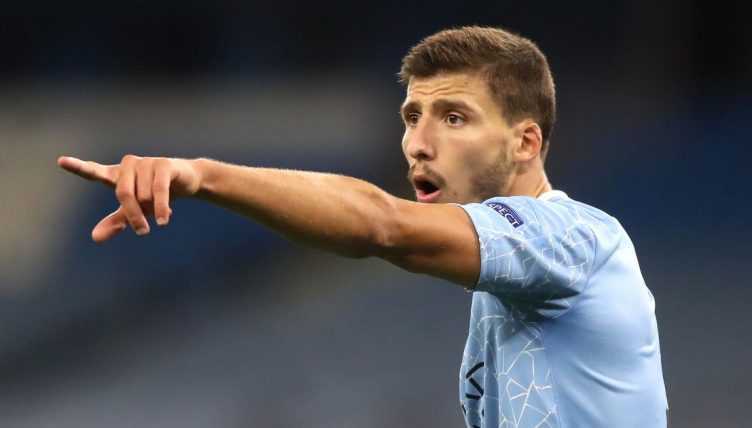 Ruben Dias delivered yet another incredible performance as Manchester City beat PSG to reach their first ever Champions League final.

Dias has been a revelation for City since signing from Benfica last summer, helping fill the void left by Vincent Kompany’s departure.

The centre-back has forged a solid partnership alongside the much-improved John Stones and is being tipped as a contender for the Premier League Player of the Year award.

Having kept Kylian Mbappe quiet in the semi-final first leg against PSG, he led a defensive masterclass at the Etihad and the visitors didn’t have a single shot on target.

After blocking Ander Herrera’s cross with his head in the first half, Dias then put his face in the way to stop Herrera’s goal-bound volley in the 60th minute.

“I think you saw the real character of our team when we went to Paris and were losing 1-0 at half-time but we came back and put on a show,” Dias told CBS Sports after the game. “I think that says the most about our team. When the difficult times come we step up.”

Can you name every player to wear No.8 for Man City in the Premier League?