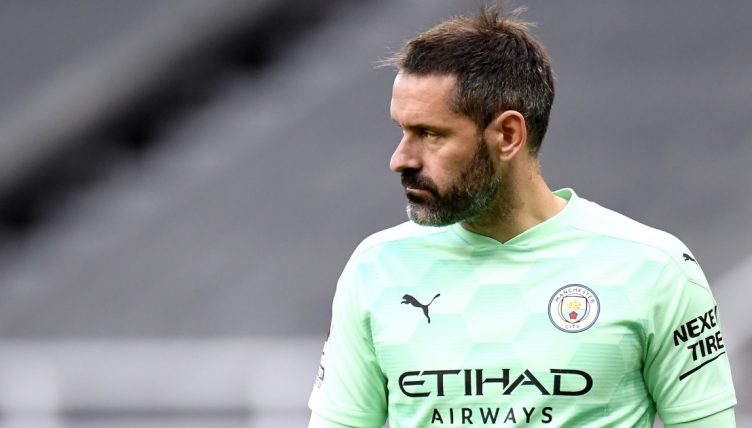 35-year-old goalkeeper Scott Carson conceded three goals on his Manchester City debut, but was on the winning team against Newcastle United.

Carson last made an appearance in the Premier League almost exactly 10 years ago, also at St. James’ Park, and probably didn’t imagine the next time he’d feature in the top-flight he’d step onto the pitch receiving a guard of honour.

The veteran has been on loan at City for the past two seasons from Championship club Derby County, and after patiently waiting as third-choice, was rewarded by Pep Guardiola with a start after their Premier League title was confirmed earlier in the week.

There’s nothing he could do about any of Newcastle’s goals, with Emil Krafth heading home a corner early on before Joelinton fired home an emphatic penalty.

Steve Bruce’s Magpies briefly took the lead for a second time, going 3-2 up, just after the hour mark after they were awarded a second spot-kick.

Carson can consider himself unfortunate after doing well to get down and save Joe Willock’s original effort, but the Arsenal loanee was able to slot home the rebound.

City went on to win 4-3, as Ferran Torres scored twice in quick succession after Willock’s goal to complete his hat-trick.