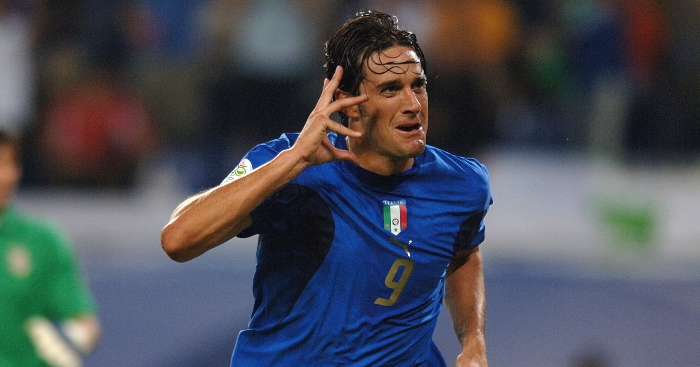 By celebrating Luca Toni being a Pointless answer with the striker’s iconic goal celebration, contestant Dave represented the spirit animal that lives within all football fans.

It’s a fact of life that all football supporters possess a plethora of (mostly) useless facts about the beautiful game. While this often supplants information such as remembering to put the toilet seat down or our partner’s favourite meal, there are times where it becomes a genuine asset.

For evidence of this, look no further than this clip from a recent episode of Pointless.

During the show, the two players Dave and Rory were asked to name a World Cup-winning player during the 21st century, the aim being to achieve a ‘pointless’ answer.

While one long-suffering Leeds United fan had answered Roque Junior, Toni achieved the game’s holy grail of being a pointless answer – and was celebrated in fitting fashion.

Dave, who had clearly been pre-planning his moment of glory, greeted the moment by copying Toni’s iconic ‘faulty transmitter’ goal celebration.

If we’re honest, we would have done exactly the same. Good on ya, Dave.

Good morning to everyone, especially this lad celebrating Luca Toni being a Pointless answer with the striker’s iconic goal celebration pic.twitter.com/GY3IcgJG9z