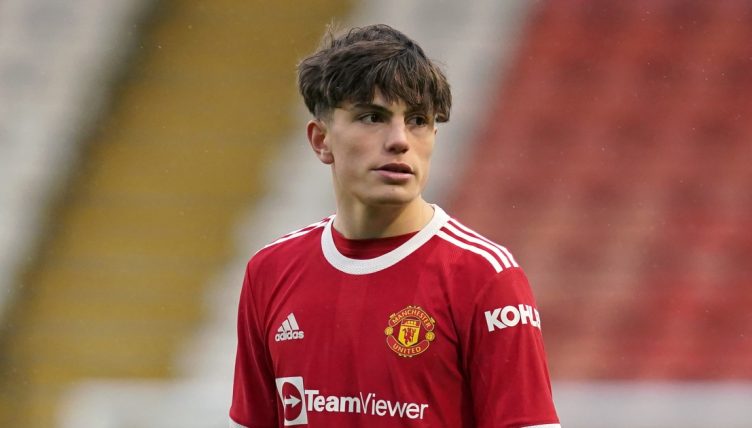 Manchester United have always taken pride in their academy, allowing a clear path to the first team for their brightest prospects.

Even when the senior players are not performing, the bright talent coming through all age groups at Carrington gives fans a lot of hope for the future.

The FA Youth Cup tie against Scunthorpe was another opportunity for some of these youngsters to show what they were capable of, and Alejandro Garnacho did exactly that.

A 17-year-old winger from Spain, Garnacho scored a remarkable goal to put United 2-0 up in the first half, picking up the ball in the box, setting himself up with his first touch, before an acrobatic effort which left the keeper no chance.

Scunthorpe pulled a goal back through Harry Lewis in the 38th minute before Maxi Oyedele restored their two-goal lead at the start of the second half.

Charlie McNeill found the back of the net moments later and Scunthrope’s Josh Robertson scored another consolation to bring the score back to 4-2.

The Red Devils will now face Reading in the fourth round of the competition.

United lead at the break thanks to a tap-in from Sam Mather and an overhead kick from Alejandro Garnacho pic.twitter.com/OqkjUmjzmN