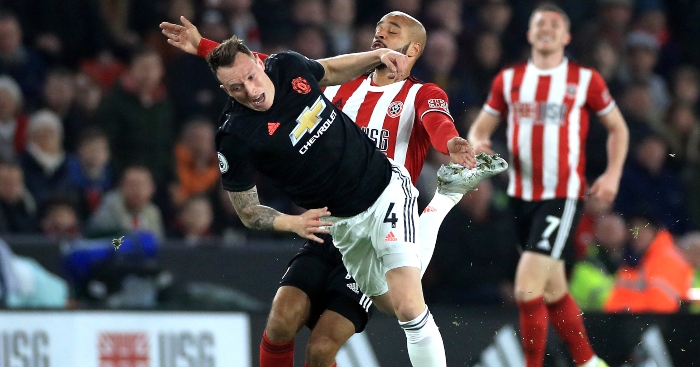 Phil Jones made his first Premier League start of the season for Manchester United against Sheffield United – and he provided yet another comical moment.

The defender has been sidelined for the last few weeks with a hamstring injury, but he returned to Ole Gunnar Solskjaer’s starting XI at Bramall Lane on the left of a back-three.

However, he had a difficult afternoon against Lys Mousett and in typical Phil Jones fashion he tried to stop the striker but ended up in a heap on the floor.

Watch the calamitous defending below.

Things got even worse for Jones moments later, as he was bullied off the ball by Mousset in the build-up to John Fleck’s goal.

Jones was replaced by Jesse Lingard at half time, but the Blades still got a second goal through Mousset in the 52nd minute.

The Red Devils then turned the game around with three goals in seven minutes before Oli McBurnie scored an injury-time equaliser as the points were shared.