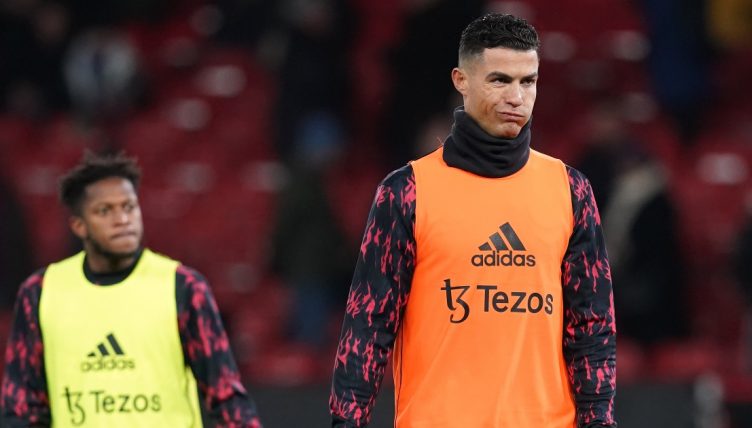 Cristiano Ronaldo was denied a wonderful assist for Manchester United after his clever chance-creating backheel pass for team-mate Jadon Sancho was squandered.

The Portugal international has been enduring a rare barren spell in front of goal in recent times – six games without a goal is his worst drought since 2009.

In contrast, Sancho has started to show his worth at Old Trafford after he netted his second Premier League goal of the season in last weekend’s draw against Southampton.

United are in desperate need of a victory in Premier League action this evening, but Graham Potter’s Brighton are well-renowned tricky opponents.

A piece of Ronaldo magic almost inspired United to a perfect start. Picking out Sancho – who made a lung-busting overlap – the 21-year-old struck an effort straight at Brighton goalkeeper Robert Sanchez.

The 37-year-old still has a touch of class in his locker, even if he has received criticism for his reactions to results in recent times.

Ralf Rangnick came to the defence of the forward after he stormed off the pitch following last week’s draw at Burnley: “Our focus is on those things we can influence and develop.

“Why he didn’t do, why he left the pitch directly after the final whistle, maybe he was also disappointed that we only got a draw and that he didn’t score.”