Watch: Man Utd’s Cavani and Pellistri link up in superb style for Uruguay 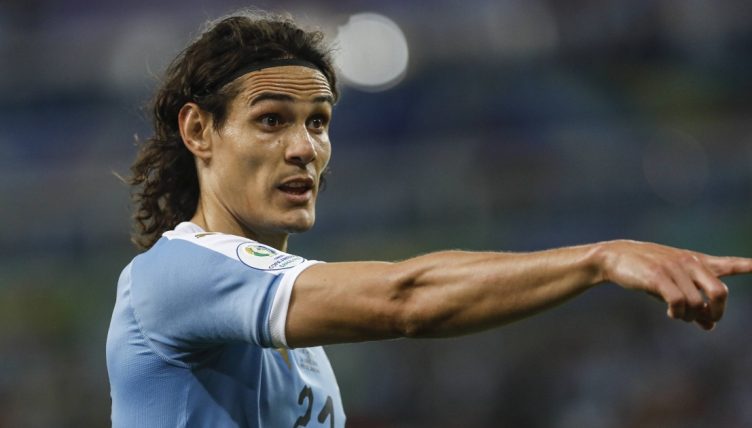 Uruguay took a step closer towards World Cup qualification with a 4-1 hammering of Venezuela on Tuesday evening – and Manchester United pair Edinson Cavani and Facundo Pellistri were at the centre of their success.

The two-times world champions entered the match in Montevideo knowing that victory was vital to keep ahead of the likes of Chile and Colombia in the South American qualifying section.

And they made a flying start to the game when new Tottenham signing Rodrigo Bentancur opened the scoring with a cute half volley.

While Uruguay stalwarts Cavani and Luis Suarez presented Venezuela with an obvious threat, it was United youngster Pellistri that stole the show during just his second international appearance.

Pellistri, who has spent the last year on loan at Deportivo Alaves, saw his mazy run set up the second goal and his trickery won the penalty converted by Suarez.

But it was a moment that didn’t result in a goal that will impress United fans the most.

With Uruguay two goals ahead, Pellistri picked up possession just inside the Venezuelan half and drove at his opponents with frightening speed.

The 20-year-old evaded two challenges before slipping the ball to Cavani and darting around his team-mate to create confusion for the Venezuela defence.

This opened up a goalscoring opportunity for Cavani and his rasping shot wasn’t far away from hitting the back of the net.

Uruguay have moved the odds of qualifying for a fourth consecutive World Cup in their favour, with two wins in the last few days carrying them from seventh in the table to fourth.

They will face Peru and Chile in their remaining two matches, which will be played in March. The top four South American sides will qualify automatically for the finals with the fifth-placed team entering into an intercontinental play-off.