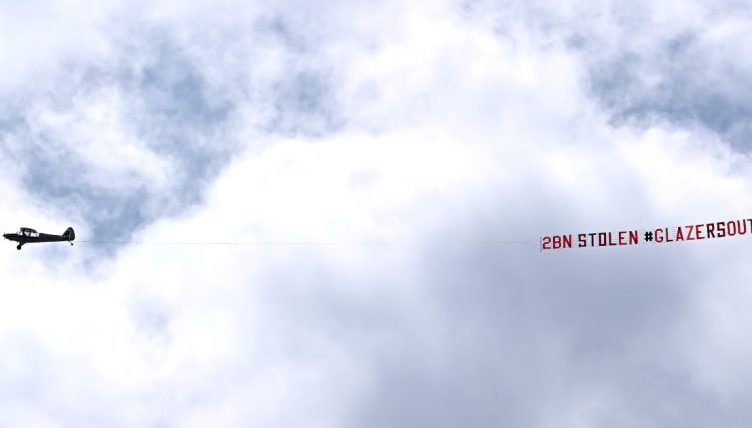 United were one of six English clubs who had planned to form their own European Super League – from which they never could be relegated.

The plans were scrapped in the face of intense criticism from fans, players and officials, but United fans have used the opportunity to protest against the unpopular Glazer family.

After some fans broke into the club’s training ground on Thursday, and a significant protest on Saturday, some United fans clubbed together and purchased an aeroplane to publicise their message.

During the club’s Premier League match at Leeds United, United’s first league trip to Elland Road since October 2003, the plane flew over the stadium displaying the message ‘‘2BN STOLEN #GLAZERSOUT’.

Opposition against the Glazers is growing and it remains to be seen whether the family will feel obliged to show up.

Manchester United fans continue their protests against the owners by flying a banner over Elland Road pic.twitter.com/sa82bpZDcl

Watch: Man Utd fans march on training ground in protest against the Glazers