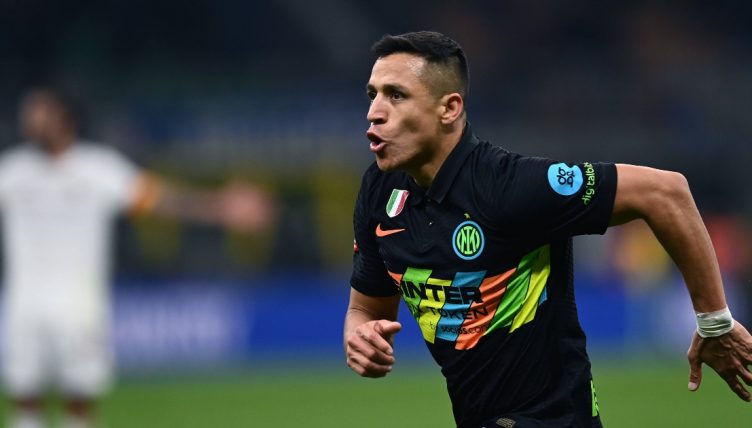 Jose Mourinho will have been left thinking ‘why couldn’t he do that for me?’ after Manchester United flop Alexis Sanchez scored a stunning strike against his Roma on Tuesday evening.

The Chilean attacker has refound some form since he left Old Trafford for Milan, albeit without quite looking like the player he was at his Arsenal peak.

But Sanchez rolled back the years to score an absolutely unstoppable banger in the Coppa Italia quarter-finals at San Siro.

Edin Dzeko, who left Roma for Inter in the summer, gave the hosts the lead after just two minutes, while Sanchez doubled their lead in the 68th minute. From there, the Serie A champions saw out their lead comfortably to book their place in the final four of the Italian cup competition.

Assisted by fellow former United old boy, Sanchez picked the ball up from about 30 yards out, took a couple of touches to carve open a shooting opportunity and totally leathered it.

The 33-year-old’s career swiftly nosedived after signing for Mourinho’s United back in January 2018. He scored just five goals in 45 appearances for the Red Devils, and his poor form contributed to the Portuguese coach’s difficult final year at Old Trafford.

He was eventually sacked in December 2018, and Sanchez followed him out of the exit door the following summer, originally joining Inter on loan before he was released from his big-money contract to allow him to eventually sign permanently on a free.

“Sanchez… I felt him [to be] not a happy man,” Mourinho told The Telegraph years later.

“And I think in every job you have when you are not happy it is not so easy to perform at every level. And maybe I am wrong.

“Maybe it was me who was not capable to get into him and to get the best out of him.”