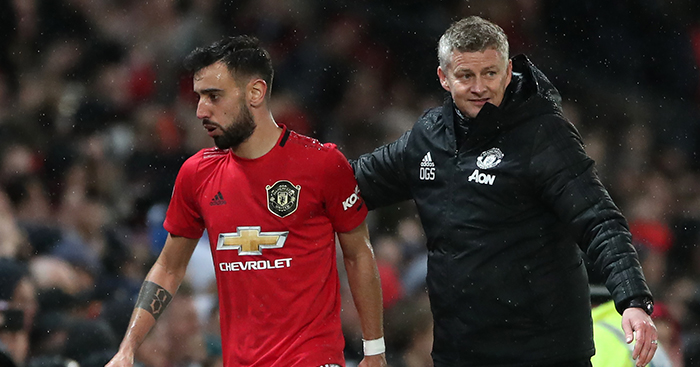 Manchester United stepped up their preparations for the return of the Premier League with two friendlies against West Brom at Old Trafford on Friday afternoon.

United return to competitive action against Tottenham on Friday, June 19 and they’ll look to extend their 11-match unbeaten run in all competitions.

But United did lose 2-1 against the Championship side in their opening friendly, with Bruno Fernades scoring their only goal from the penalty spot.

The Red Devils then came out on top in the second fixture and won 3-1 thanks to a brace from Andreas Pereira and a goal from Tahith Chong.

Watch the highlights and individual goals below.