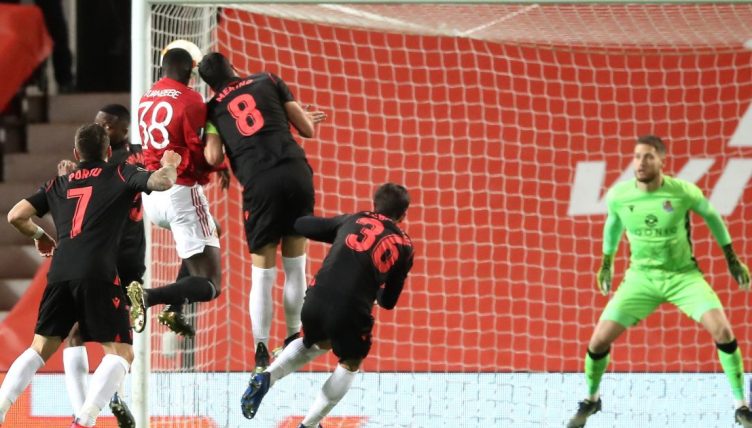 United went into the second leg of their Europa League last-32 tie with a 4-0 lead and played out a goalless draw at Old Trafford.

Tuanzebe replaced Fred at half-time and thought he’d opened the scoring with a brilliant header from an Alex Telles corner.

But the goal was immediately checked by VAR and after a review, the referee deemed that it shouldn’t stand due to a foul from Lindelof in the build-up.

The Sweden international jumped for the ball but his knee flew straight into the face of Jon Bautista, sending the striker crashing to the floor.