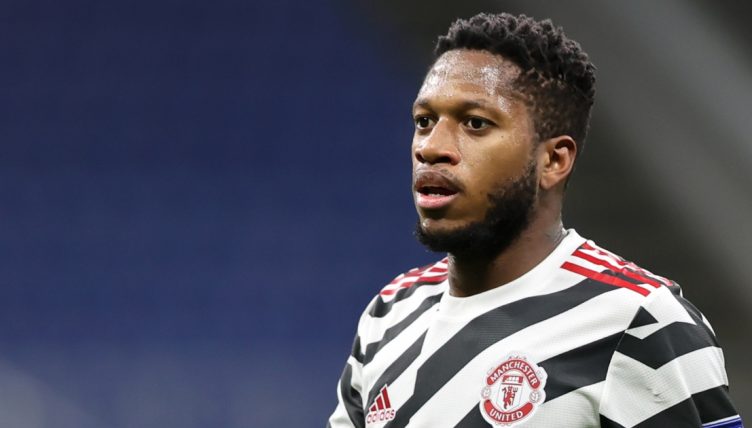 Keane was speaking on Sky Sports prior to United’s home match with Burnley when he was asked whether the banners had affected Manchester United’s home form.

Cracking a wry smile, the former midfielder said: “I think it’s affected Fred more than anyone else”.

United manager Ole Gunnar Solskjaer admitted that his players had struggled to pick each other out when playing at home and the club have taken action.

“You’ll see a change now. If you see the banners around the club, it’s not red anymore. We’ve looked into this,” Solskjaer said to Sky Sports.

“It shouldn’t be any reason really, but some of the players have mentioned that the split-second decision you have to make, looking over your shoulder if your team-mate is there or not, and the red shirt is on a red background with red seats.”

🗣 "I think it's affected Fred more than anyone else." 🤣