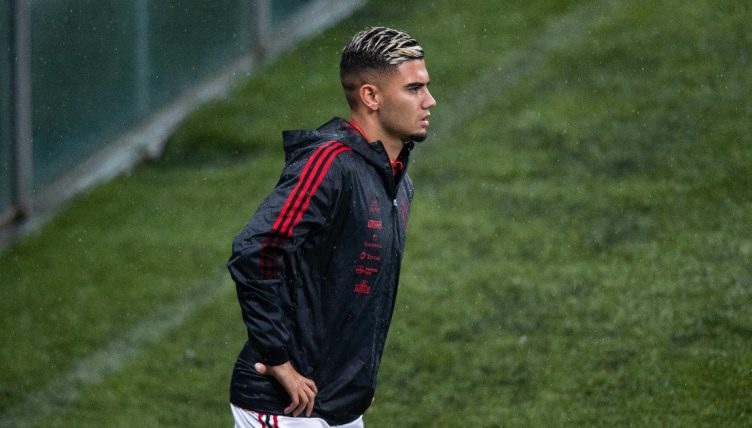 Manchester United loanee Andreas Pereira seemed to be enjoying himself as Flamengo comfortably ran out 3-0 winners against Athletico Paranaense on Sunday.

Pereira burst forward to put the finishing touch to a lightning-fast counter-attack, scoring Flamengo’s third goal in the closing stages of the first half.

Born and raised in Europe, the Brazilian midfielder made his United debut back in 2014 and went on to make 56 appearances under Ole Gunnar Solskjaer before being pushed to the periphery at Old Trafford. Last season he scored one goal in 33 appearances on loan at Lazio.

Now he’s playing back in the motherland for the first time in his career, and it seems to be a nice fit. Flamengo’s latest win took them to second in the Brazilian Serie A table, while they’re also through to the final of the Copa Libertadores after a pair of comfortable 2-0 wins over Ecuadorian outfit Barcelona in the semis.

He’s now scored two goals in five Serie A appearances. It will be interesting to see how the 25-year-old progresses this season, given he remains contracted at United until 2023. He’s certainly not doing his reputation any harm.