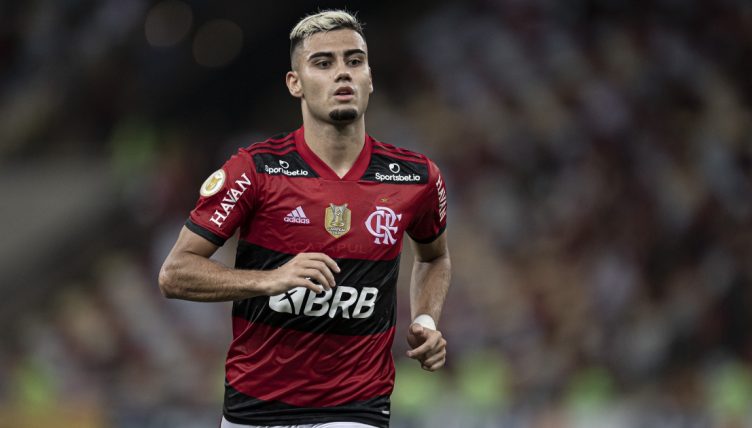 Andreas Pereira is enjoying life out in Brazil and the Manchester United loanee got himself on the scoresheet again for Flamengo.

Pereira made his United debut under Louis Van Gaal six years ago but he’s since failed to establish himself in the Reds’ first team.

He’s left the club on loan four times with temporary spells at Granada, Valencia, Lazio and now Flamengo – where he seems to have rediscovered his best form.

The midfielder has made 20 appearances for the Brazilian Serie A side, scoring four goals including this latest effort in the 2-1 win over Internacional.

With the game just over 10 minutes old, the 25-year-old capped off a flowing team move with an intelligent finish after bursting into the penalty area.

“Well, it’s one of those where he [ Pereira ] was eager to play more,” Silvestre said.

“When he played he wasn’t really playing in his position. So it was frustrating, but I mean, we forget that he joined United at 16 so he’s United inside and out. But obviously, competition for places at United is super high.

“Some players can take it and accept that they won’t be first choices most of the time but it’s kind of tough. Sometimes it’s best to move away and play regular football, you know like Jesse [Lingard] did at West Ham.

“I mean, it’s a short career. You get around 15 years and it goes fast. You’ve got to make the most of it.”