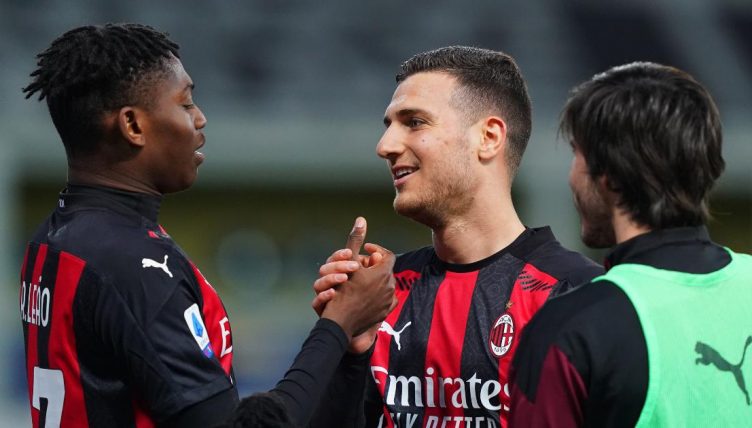 Despite starting on the bench for AC Milan’s win over Parma, Manchester United loanee Diogo Dalot was still able to make a huge impact.

After falling behind Aaron Wan-Bissaka in the pecking order at United, Dalot joined Milan on a season-long loan deal and has made 26 appearances in 2020-21.

The right-back recently scored a stunning goal against Hellas Verona and came on in the 72nd minute against Parma with Milan leading 2-1 but down to 10 men following Zlatan Ibrahimovic’s red card.

During the closing stages, he won the ball back in his own half before driving forward and picking out Rafael Leao, who made it 3-1 to the away side.

“I am very happy for Dalot, because two days ago he had realised that I would choose Kalulu for tactical situations in the game,” Milan boss Stefano Pioli said after the game.

“But he is a winner, because he has always trained at 105% instead of being a victim, and this is an excellent behaviour and an excellent example for everyone.

“He entered the game very well, with no doubt, due to how he prepared himself. I had no doubts.”

Dalot contributing an assist to kill the game.