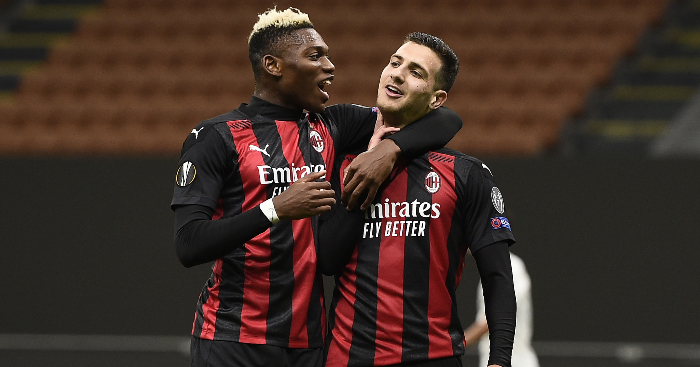 When Portuguese full-back Diogo Dalot arrived at Manchester United in the summer of 2018, he had a reputation as a bright young talent, having broken through at boyhood club Porto.

Still just 19, he showed glimpses of that potential in his first full season at Old Trafford, making 23 appearances in all competitions. But he was pushed to the periphery last season under Ole Gunnar Solskjaer, making just one Premier League start and a further three substitute appearances that totalled 66 minutes.

With a fresh start on loan at Serie A giants AC Milan, it looks like he’s revelling in the opportunity to show what he can do, putting in a man-of-the-match display in a 3-0 Europa League win over Sparta Prague.

After Zlatan Ibrahimovic and Brahim Diaz combined to score the opener, Dalot had a hand in doubling their lead on the 57th minute when he burst forward and played a flawless outside-boot cross in for Rafael Leao.

Nine minutes later he put the result beyond doubt when he broke past the last line of defence and finished with aplomb. A fine night’s work.