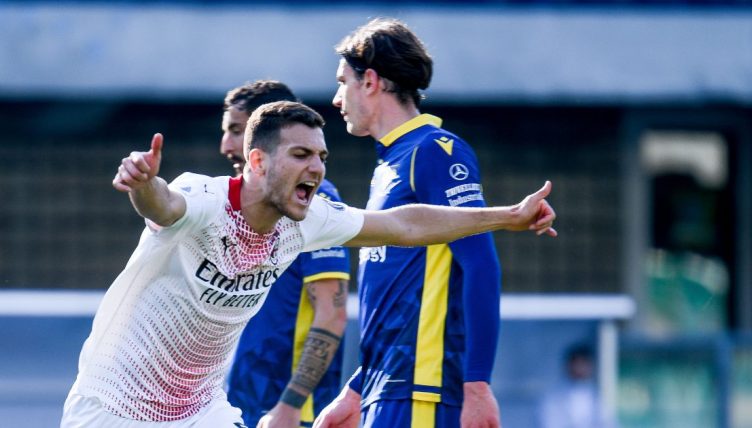 Diogo Dalot ensured that Luke Shaw wasn’t the only Manchester United full-back to find the back of the net on Sunday.

Dalot joined United from Porto in a £19million deal in 2018 but has limited to just 20 Premier League appearances due to injury problems.

After falling behind Aaron Wan-Bissaka in the pecking order, he decided to join AC Milan on a season-long loan deal.

“I spent great moments at United,” Dalot told Portuguese outlet Record in January. “I played very important games for me and the team.

“I left with a bit of a bittersweet feeling for not being physically available for all those games I lost due to injury.

“But it is what it is. I wouldn’t change anything because what I learned was very important for my future and how I am now. I don’t regret it or look back with disappointment.”

The 21-year-old has made10 Serie A appearances this season and scored his first league goal during their 2-0 win over Hellas Verona, firing into the top corner from just inside the area.

Dalot will now be hoping to impress his parent club in the upcoming Europa League last-16 clash between the two sides.