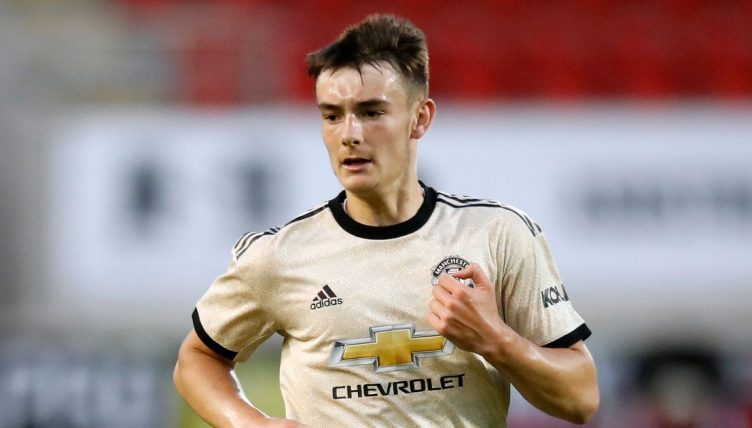 Levitt, who made his senior Manchester United debut in the Europa League clash with Astana in 2019, spent last season on loan at Charlton and Croatian top-flight side Nogometni Klub Istra 1961.

The midfielder then joined Dundee United on a season-long loan deal in August 2021 and has produced some impressive displays in Scotland.

He made his 12th appearance of the season in the cup tie with Kilmarnock and the game went to extra-time after goals from Marc McNulty and Rory McKenzie.

The United academy graduate then scored his first senior goal in the 111th minute, driving into the box before firing past the goalkeeper.

“He can go to the very top,” Dundee United boss Tam Courts said after the game. “When you see him at close quarters you understand he’s a player with unbelievable technical ability.

“In four or five years time we may look back and realise how lucky we were to see such a gifted player at Dundee United.

“And our club deserve a lot of credit for that. He has been at other clubs but he is a talent that could be overlooked by others.

“But when you understand his style and see what he does on the pitch you realise he’s a big player.”