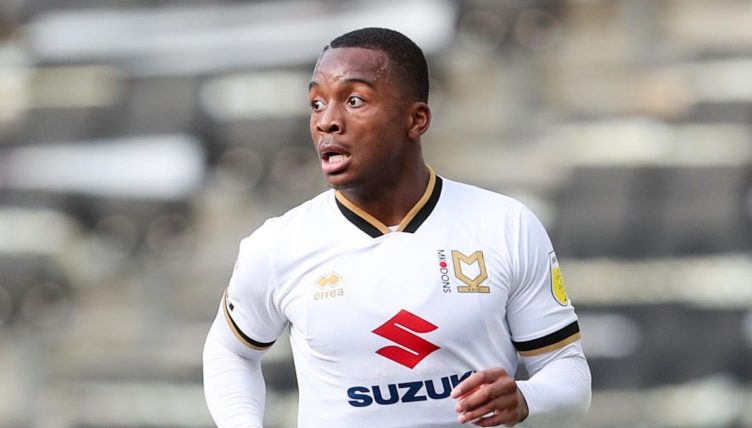 Laird has only made two appearances for Ole Gunnar Solskjaer’s side and joined the League One outfit in search of regular first-team opportunities.

He made his debut in their FA Cup tie against Burnley and has started all seven of their league games since joining the club in January.

“I couldn’t ask for anything else, to be honest,” Laird told MK Dons’ official website in January. “Our confidence on the ball shows in how to play football and us controlling the game helps us out. We can put the energy into going forward or pressing – I really do love the way we play.

“My A-Game is attacking and I’ve been enjoying my role in the team to be honest. The defending part for Russ is focusing on positioning and pressing – we just do it higher up the pitch.

“We have the ball more than most so I guess I do more attacking, but if we lose the ball it’s about getting the ball back ASAP.”

The right-back showcased his attacking qualities against Shrewsbury Town, skipping past two players before crossing for Will Grigg to score.