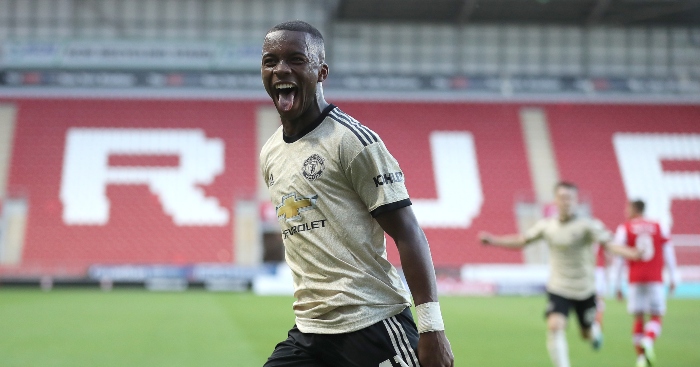 Manchester United‘s Ethan Laird has already made quite the impact during his loan spell at MK Dons.

Laird has only made two appearances for Ole Gunnar Solskjaer’s side and joined the League One outfit in search of regular first-team opportunities.

After producing a brilliant solo run against Burnley on his debut, the full-back registered his first assist in their 3-1 win over Fleetwood. He drove forward down the right wing and then crossed for Joe Mason to score in the fourth minute.

The 19-year-old also came close to getting on the scoresheet but had to be substituted after 58 minutes due to an injury problem.