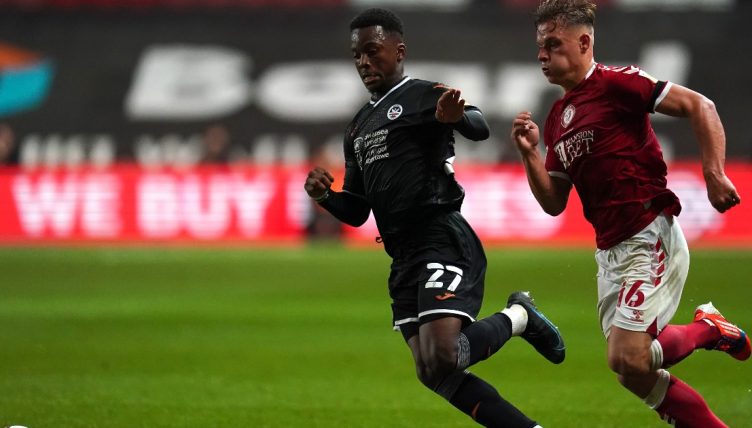 Laird, a United academy graduate, got his first taste of first-team football with League One side MK Dons in the second half of last season.

He made 25 appearances and clearly made a big impression on manager Russell Martin, who has since taken him to Swansea.

The full-back has had an impressive start to the season and made his seventh appearance for the Swans against Luton, playing as a right-wing back in a 3-4-2-1 formation.

But Martin’s side got off to a dreadful start as a Luke Berry strike and a brace from Elijah Adebayo gave Luton a 3-0 lead inside the opening 24 minutes.

Jamie Paterson and Oliver Nitcham got Swansea back into the game before Laird set up Joel Piroe’s equaliser in the 92nd minute.

It was his first assist in the Championship and the 20-year-old also created five chances in the game, more than any other player on the pitch.