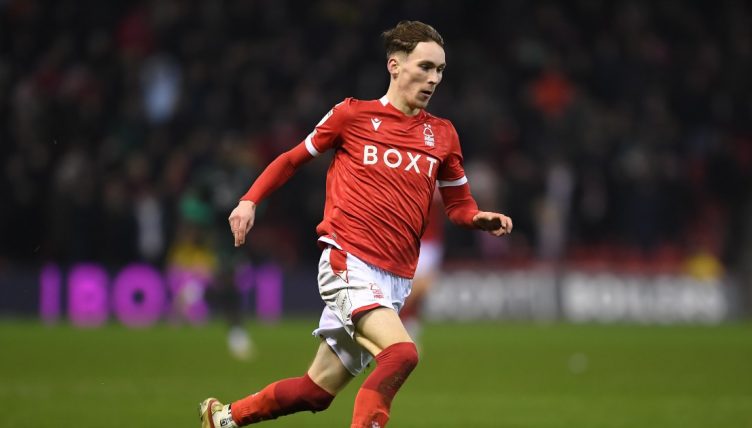 Garner, who came through the United academy, is spending 2021-22 on loan at Forest and has been in brilliant form in recent weeks.

The assist came in the 32nd minute with Forest already leading 2-0 against their East Midlands rivals and FA Cup holders Leicester City.

After Garner sent a beautiful and powerful cross in from the corner, Joe Worral met the ball to turn it home and give his side a 3-0 lead.

The United loanee has been one of Forest’s designated set-piece takers this season. He has recorded three assists in comparison to the zero goals his parent club have managed to score from set-piece situations this campaign.

The 20-year-old midfielder impressed during the second half of last season with Nottingham Forest and signed a new United contract before agreeing to return to The City Ground on loan for the 2021-22 season.

“I’m made up, Manchester United has been a massive part of my life for over 10 years now,” Garner said after signing his new contract. “My ambitions are obviously to become a first-team player here [United].

“I know exactly what it takes, I’m ready to go and showcase my ability to everyone and keep on striving for all my goals.

“I want to be a big player for this club one day, that is my ultimate aim and I’ll be working every day to make that happen.”

Garner will return to the club next summer and is expected to be included in first-team plans at Old Trafford moving forward, although the new manager may decide a loan to a Premier League team is more worthwhile.