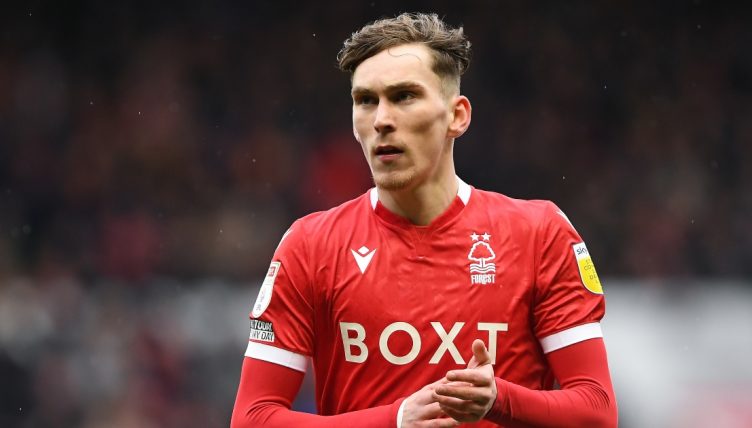 Manchester United loanee James Garner was inches away from scoring a stunning free-kick during Nottingham Forest’s 2-2 draw with Stoke City.

Garner has been in incredible form in recent weeks, producing brilliant performances in FA Cup wins over Arsenal and Leicester City.

The midfielder also scored his second goal of the season during Forest’s 2-0 win over Blackburn Rovers on Wednesday, sending a defender to the shops before firing his low shot past Thomas Kaminski in the Rovers goal.

He made his 29th appearance of the season in the home game against Stoke and watched on as Brennan Johnson gave them the lead in the 56th minute.

But Josh Maja netted an equaliser and Lewis Baker scored a penalty for Stoke in the 88th minute after Forest goalkeeper Brice Samba was sent off.

Despite being down to 10 men, Forest won a free-kick on the edge of the Stoke box in injury time and Garner rattled the woodwork with a brilliant strike.

After the ball bounced off the woodwork and the turf, Scott McKenna reacted quickest and Ryan Yates then headed it home.

Garner has also become renowned for his excellent crosses from set-pieces and was recently compared with United legend David Beckham.

“He’s got that dip and that whip and it causes so many problems. The pace on the ball, he’s putting it on a sixpence every time.