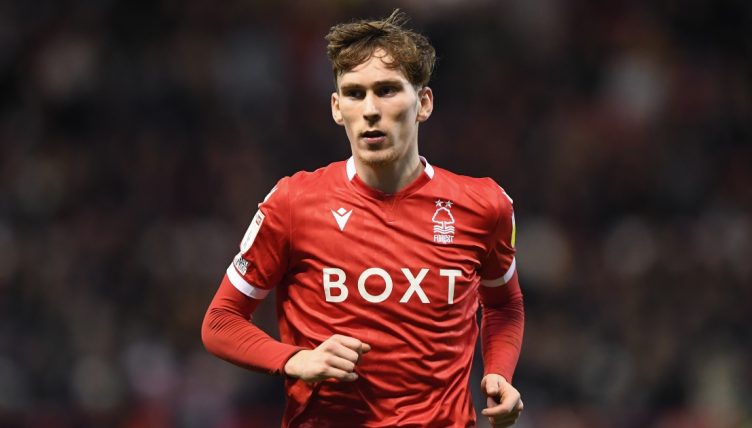 Garner came through United’s academy and made his first-team debut in the Premier League at the age of 17 in February 2019.

Despite only making six more appearances for the club, the midfielder is tipped for a bright future and has impressed some of his United team-mates.

“Jimmy Garner, I think is a really good player, I really like him and the way he kicks the ball,” Bruno Fernandes said in August 2021. “He’s really aggressive off the ball too.

“[Anthony] Elanga was already playing with us too, and this pre-season he has been brilliant. He’s a nice kid, works hard and is really humble and I think he’s deserving of everything that’s happening to him.

After a brief spell at Forest last season, he rejoined them on a season-long loan deal and has been a regular under Steve Cooper, making 20 Championship appearances in 2021-22.

The 20-year-old was named in the starting line-up against Arsenal and showcased his passing range, playing a brilliant ball over Arsenal’s defence in the 17th minute.

Garner nearly scored with a brilliant free-kick in the second half before Lewis Grabban netted the winner in the 83rd minute.

Forest have now booked their place in the FA Cup fourth round but United still need to get past Aston Villa on Monday night.

Can we talk about this pass from James Garner by the way… 😍🤌 pic.twitter.com/IZc2ccUvWH