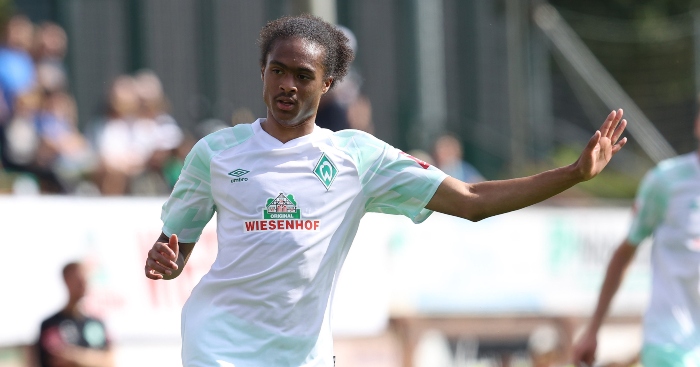 On-loan Manchester United winger Tahith Chong has made an immediate impact at Werder Bremen, scoring twice in their pre-season friendly win over Hannover 96.

Chong came through the academy at United but has made just 16 appearances in all competitions since breaking into the first team back in January 2019.

The 20-year-old decided to join the Bundesliga outfit on a season-long loan deal and has been involved in their recent pre-season friendlies.

He started their final warm-up game against second division side Hannover 96, with his 19th minute strike putting Werder Bremen 2-0 up.

Chong got his second goal of the game in the second-half and the home side cruised to a comfortable 7-0 win.

Another day, another goal for Chong 🤩 pic.twitter.com/vZ9N3MZGeB