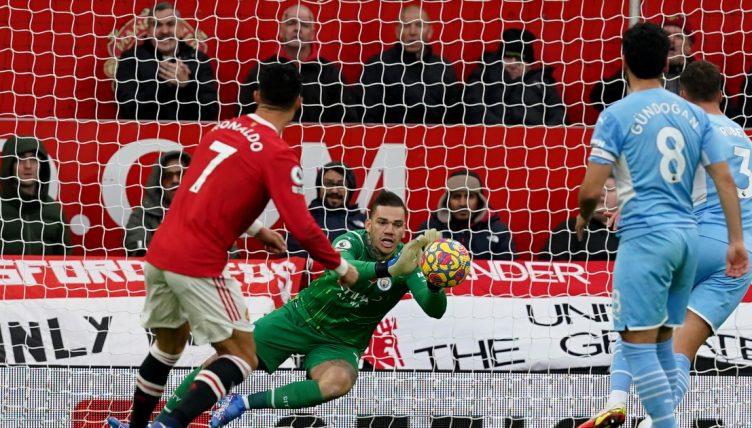 Cristiano Ronaldo went close to leveling the Manchester derby for Manchester United with a stunning volley.

With United a goal down after an early Eric Bailly own goal, United had been pressed in their own half for most of the match.

Their best moment came when United had their first period of meaningful possession around the 25th-minute mark resulting in a Shaw cross to Ronaldo.

On the turn, Ronaldo hit the ball first time towards goal with his left foot with impressive power.

With the ball looking destined for the goal, Ederson got down well to save for Manchester City and the ball was cleared away before a United player could convert the loose ball.

Ronaldo has been the saving grace for United so far this season and has scored nine goals since his return to Old Trafford, including three crucial late ones in the Champions League for the Red Devils.