Watch: Paul Pogba gets dragged down tunnel after winding up West Ham fans 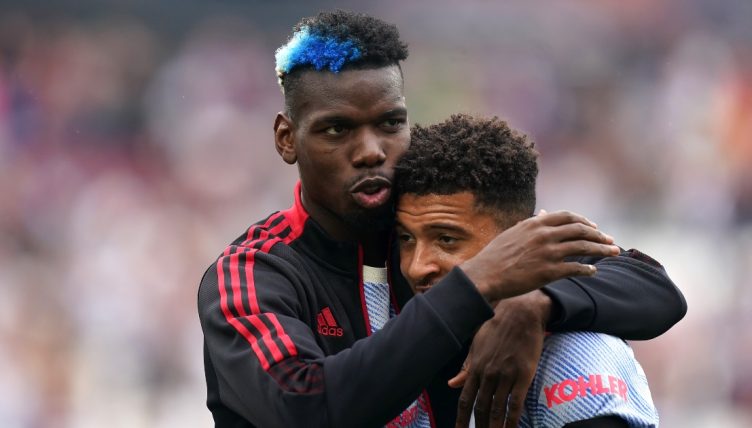 Paul Pogba had a quiet game during Manchester United‘s 2-1 win over West Ham – but saved the entertainment until after the full-time whistle.

Pogba went into the game in excellent form, registering seven assists in his first four Premier League games for United in 2021-22.

The France international started on the left wing against the Hammers but wasn’t able to add to his assist tally during his 73 minutes on the pitch.

He was replaced by Jesse Lingard, who went on to score a dramatic late winner for Ole Gunnar Solskjaer’s side.

West Ham had a great chance to equalise in injury time after Luke Shaw was penalised for handball but Mark Noble’s penalty was saved by David de Gea.

After Pogba walked off the pitch, he began to receive a flood of verbal abuse from a section of Hammers fans. The midfielder stopped to engage with the fans before Michael Carrick said ‘let’s go Paul’ and dragged him down the tunnel and into United’s changing room.