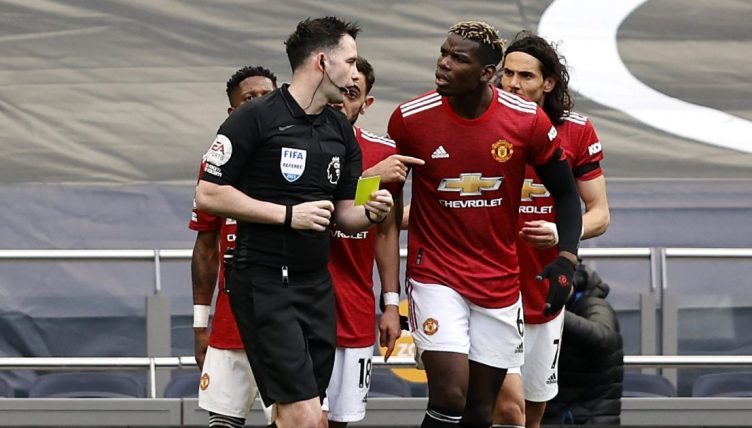 Manchester United were left fuming after Edinson Cavani’s goal against Tottenham was disallowed by VAR.

After a largely uneventful opening 30 minutes, Paul Pogba slid a brilliant ball through to Cavani, who coolly finished past Hugo Lloris.

The Spurs players then surrounded referee Chris Kavanagh as they thought Son Heung-min had been fouled by Scott McTominay in the build-up.

Replays showed that McTominay had accidentally swiped at Son’s face while the two were challenging for the ball.

VAR looked at the incident and advised the referee to look at the pitchside monitor. He then ruled out the goal, much to the dismay of the United players.

Son rubbed salt into the United’s wounds by breaking the deadlock a few minutes later and Spurs had a 1-0 lead at half-time.

“A player like Son, to roll around like that is embarrassing. That can’t be a foul,” Roy Keane told Sky Sports at half-time. “If that’s a foul then we should all go home.”

Son has Spurs in the lead at the break, but all the talk will be whether he was fouled in the build-up to Cavani's goal. Chris Kavanagh thinks so! 📺