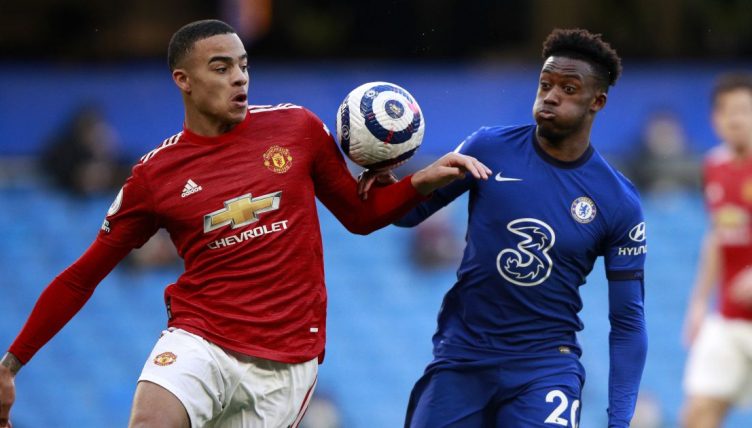 Manchester United were left fuming after being denied a penalty during the opening stages of their clash against Chelsea.

United were six points ahead of Chelsea ahead of the game at Stamford Bridge but they’re yet to beat a ‘top six’ side in the Premier League this season.

During the 14th minute of the game, Mason Greenwood and Callum Hudson-Odoi challenged for the ball when it appeared to touch the Chelsea star’s hand.

Referee Stuart Atwell was told to review the incident on the pitchside monitor but decided against awarding a penalty to United.

After Chelsea were denied a penalty against United at Old Trafford earlier in the season, Blues fans may feel like they deserved a bit of luck.

The ball strikes Hudson-Odoi's hand in the box and Stuart Attwell consults the pitch-side monitor before deciding against awarding the penalty.