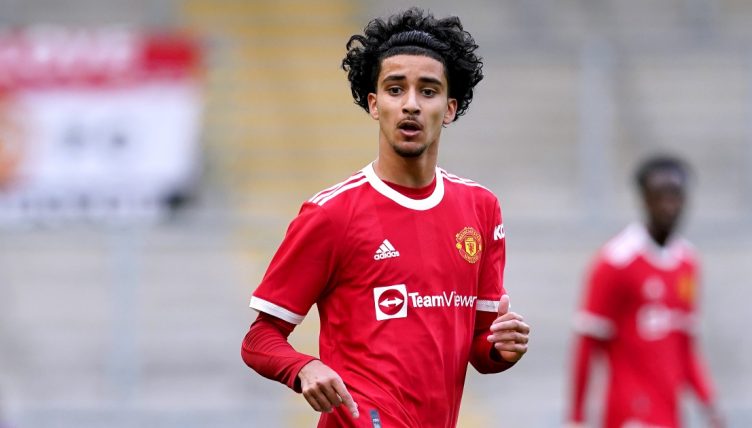 The pressure was rising on Ole Gunnar Solskjaer and Manchester United‘s first team as they went two goals behind at home to Atalanta on Wednesday evening, but the youngsters showed the club’s future looks bright in terms of the next generation coming through.

Zidane Iqbal provided a reminder of why he’s receiving rave reviews for United’s youth team with a well-struck long-range effort as their Under-19s came from behind to beat Atalanta 4-2. Receiving the ball deep and centrally, he did well to drive forward into space and sweetly strike a low drive into the bottom corner.

Iqbal, who was born in Manchester four days after namesake Zinedine Zidane scored at Old Trafford, has represented Iraq at Under-23 level and continues to turn heads.

The 18-year-old is yet to make his senior debut, but on this evidence it only looks a matter of time before he’ll be knocking on Solskjaer’s door for opportunities.

The teenager equalised in the 22nd minute after the young Red Devils went behind early doors, while fellow prospects Joe Hugill, Alejandro Garnacho and Omari Forson also got on the scoresheet.

Zidane Iqbal showing why he's one to watch at Man Utd 🙌

The midfielder put in a bright performance as Man Utd came back from 1-0 down to beat Atalanta 4-2 in the UEFA Youth League… pic.twitter.com/upIhis9CZ9