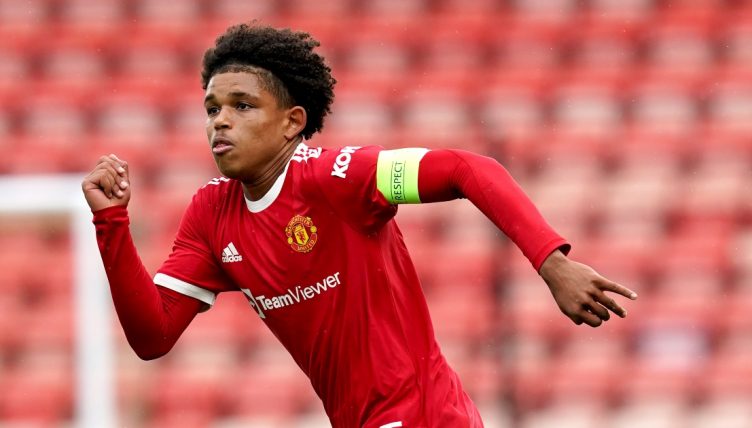 It wasn’t Manchester United‘s day on Saturday as they dropped two points with a flat performance in a 1-1 draw at home to Everton, but their Under-23s at least gave the fans some reason to cheer.

Kicking off shortly after Ole Gunnar Solskjaer’s men, the United youngsters were being watched by over 2000 spectators at the Leigh Sports Village Stadium and came up with an impressive 3-0 victory over Liverpool’s Under-23s.

And it was two of the rising stars that offered a reminder of why they’re on the fringes of Solskjaer’s first-team squad, having been given their senior debuts by the Norwegian coach last season.

It was Dutch defender Bjorn Hardley that scored the opener against Liverpool, before much-hyped 19-year-old striker Anthony Elanga doubled their lead before half-time.

Then it was Shola Shoretire, 17, who added gloss to the result with the goal of the game, a clinical striker’s finish just after the hour mark.