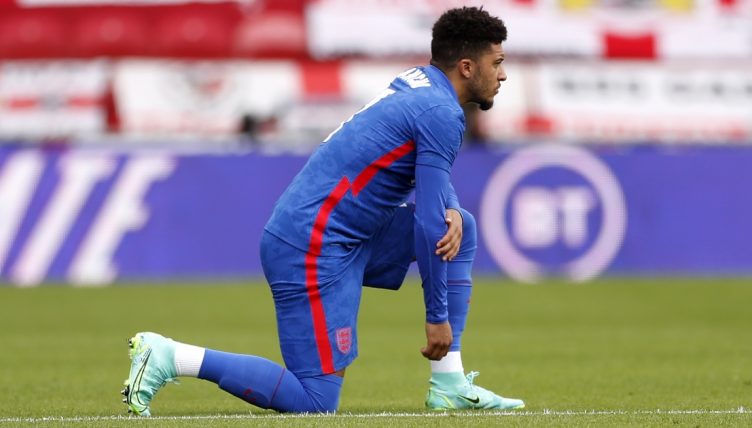 Jadon Sancho showcased why Manchester United are so interested in his signature with a rasping shot that rattled the crossbar during England’s match with Romania.

Sancho was given a chance to shine in England’s final warm-up match before the start of the European Championships.

And the Borussia Dortmund winger caught the eye with a fierce long-range shot.

With the game goalless heading towards half-time, Aston Villa’s Jack Grealish burst into life and took the ball into the box.

Grealish laid the ball off to Sancho who curled an irresistible effort towards the top corner.

Unfortunately, the strike pinged the woodwork and rebounded away from danger.

With competition for places in England’s attack fierce, Sancho will hope to do enough to start next Sunday’s opening group match against Croatia at Wembley.

What a shot by Sancho! Shame that didn't go in. 👀pic.twitter.com/A6HpU8tnlD