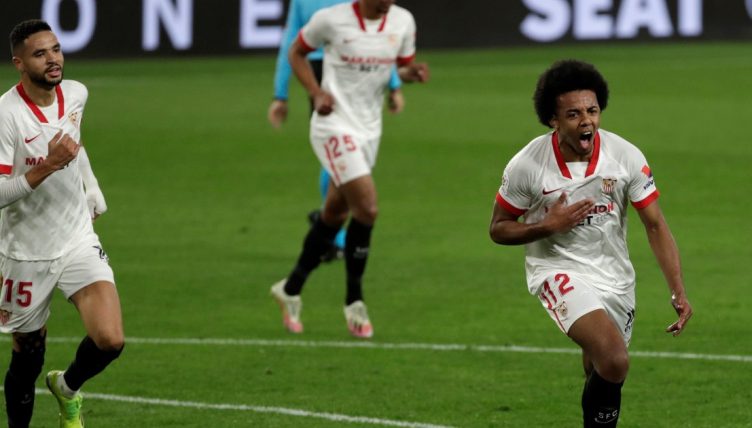 Having been linked with a move to Old Trafford in January, speculation persists that United are keeping tabs on Kounde ahead of a potential transfer in the summer.

While the centre-back will ultimately be judged on his defensive work, he showed there is more to his game than just stopping attacks in the first half against Barca.

The 22-year-old marauded forward, beating three defenders as he surged into the box and finished smartly past Marc-Andre ter Stegen.

That sound you can hear is Ed Woodward put a pillow over his lap.

What a goal from Jules Koundé! 🔥

A great individual effort from the Sevilla defender gives his side the lead against Barcelona ⚪🔴 pic.twitter.com/MYgCLZetdK