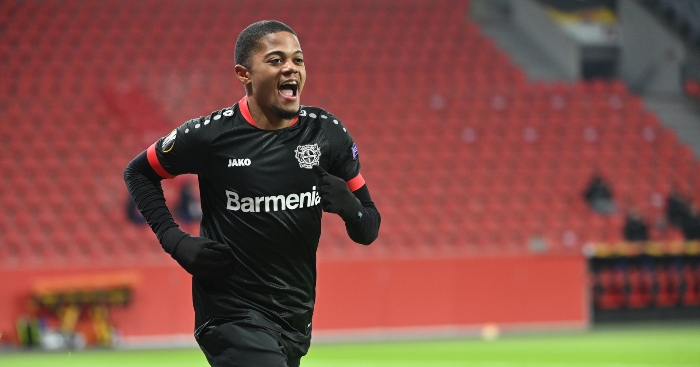 Manchester United have been linked with a move for Leon Bailey, and the Bayer Leverkusen winger showcased his quality with two goals in a 4-0 win over Slavia Prague.

Bailey burst onto the Bundesliga scene in 2017-18 and has gone from strength to strength in recent seasons, scoring 21 goals in 96 league appearances.

“He gets better with every game not just physically but also in terms of his football.” Leverkusen coach Peter Bosz said in October 2020.

According to the Daily Mail, United, Arsenal, Tottenham and Everton all sent scouts to watch the Jamaica international in Europa League action.

The scouts would have been impressed by what they saw as Bailey showed great movement to fool a defender before opening the scoring in the eighth minute.

He then doubled their lead with his seventh goal of the season before being replaced by Moussa Diaby at half-time.