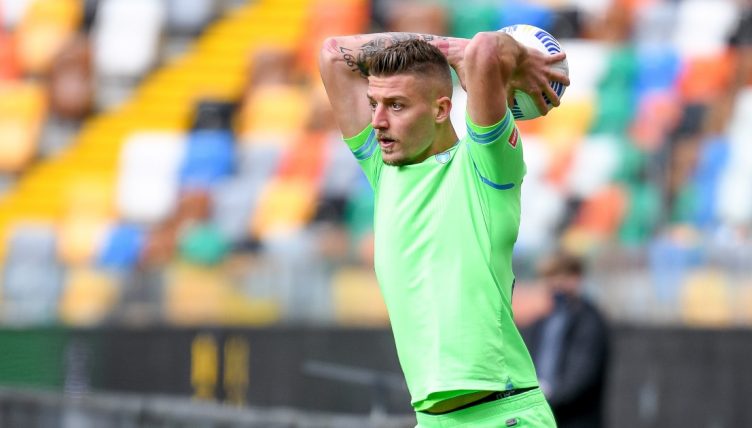 Lazio midfielder Sergej Milinkovic-Savic demonstrated why Manchester United are interested in his services by scoring a stunning free-kick against Napoli.

Milinkovic-Savic has been linked with United before but they, Real Madrid and PSG are all interested in the Serbia international should his current club fail to qualify for next season’s Champions League.

And he did his price tag no harm with a curling set-piece goal in Thursday night’s Serie A match.

Lazio may have already been 4-1 down but the third foreign player to win 100 league matches with the club wasn’t likely to turn down the opportunity to score.

Lining up the free-kick and ignoring the Napoli player lying down behind the wall, Milinkovic-Savic bent his effort over the wall and past the despairing dive of Napoli goalkeeper Alex Meret.

Sergej Milinković-Savić with a stunning free kick, and Lazio have two goals in quick succession and have now halved the Napoli lead 🎯 pic.twitter.com/Oi8HCMtiup

The story of Gigi Simoni, Inter and the great Serie A controversy of 1998