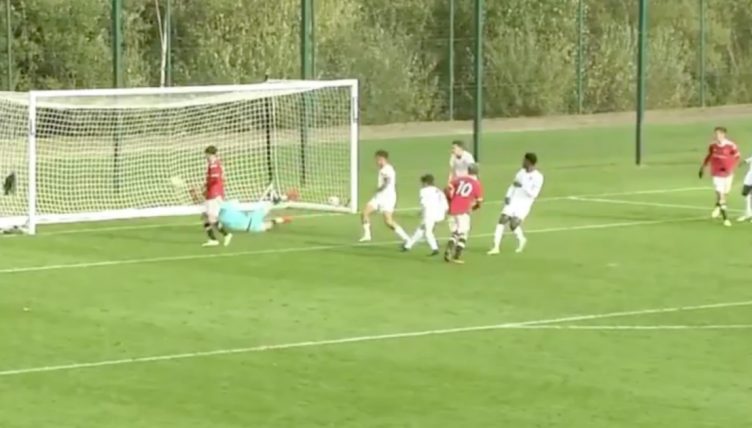 Manchester United’s Under 18s were denied a certain goal thanks to a stunning quadruple save by Wolves’ Under-18 goalkeeper James Storer during their U18 Premier League match on Saturday.

Storer’s jaw-dropping goal-saving effort came during the 42nd minute of the contest when he first had to tip the ball onto the crossbar after one of his own defenders nearly put into the top corner while trying to deal with an awkward bouncing cross.

The young shot-stopper then added to the heroics, twice denying the same United forward who pounced on the loose ball from point-blank range – firstly palming a shot away with his left hand and then scrambling across to punch the second away with his right.

The keeper then managed to return to his feet just in time to dive back across to his left, blocking a final shot from the edge of the box all within the space of a few seconds.

Unfortunately for Storer, however, his brilliance would prove to be somewhat in vain as the young Red Devils would go on to win the game 4-2 – though his efforts certainly suggest he will be one to watch out for in the future.