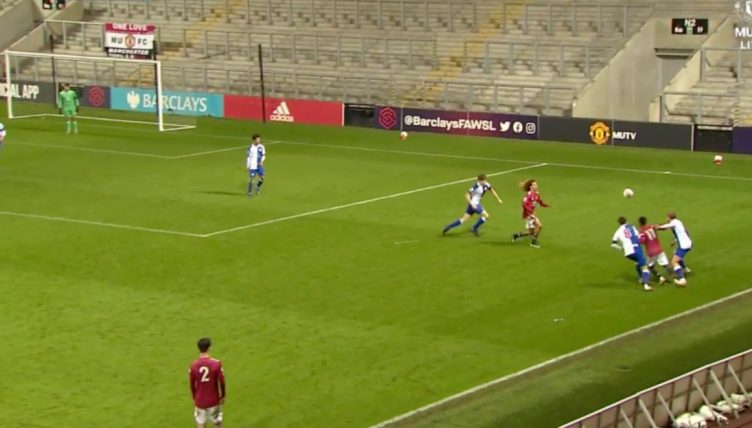 It’s good to be a Manchester United fan at the moment. Not only are Ole Gunnar Solskjaer’s side registering 9-0 wins and pushing for the title, but the youngsters are a lot of fun too.

Hannibal Mejbri has long established himself as one of the ones to watch from the academy, while new recruit Amad Diallo appears to have struck up an instant understanding with him.

An £18million signing, with a reputation as one of the best young players in Italian football whilst at Atalanta, big things are expected of Diallo, and he’s not taken any time at all to show why he’s so coveted.

The 18-year-old already shown some slick moments in training before starring on his debut for the youth team, scoring twice in a 6-3 win over Liverpool’s Under-23s.

Neil Wood’s Under-23s roared back from 4-2 down to beat Blackburn Rovers 6-4 on Friday night, with Diallo and Hannibal getting themselves on the scoresheet.

But the best moment from the two players came late on. Pushed out towards the corner flag, Hannibal and Diallo exchanged some brilliant passes to open up space and eventually create a goalscoring opportunity.