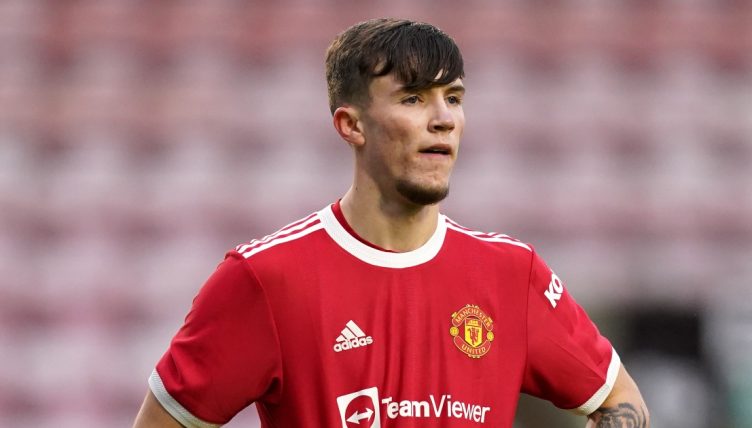 Manchester United suffered defeat on penalties in their UEFA Youth League match with Borussia Dortmund on Tuesday night – but Charlie McNeill underlined his potential with a smartly-taken goal.

Tickets for the match held at Leigh Sports Village were free and fans were treated to a rip-roaring match containing some of European football’s brightest prospects.

Borussia Dortmund might have taken the lead through London-born Jamie Bynoe-Gittens, but the Reds soon drew level thanks to Manchester-born McNeill.

Taking advantage of good work from Zidane Iqbal, McNeill struck powerfully past an onrushing goalkeeper, and earned praise from MUTV pundit Febian Brandy, who said: “Charlie McNeill in the box there takes one touch, puts it through a player’s legs and lashes it home, great goal.”

Rhys Bennett scored a late equaliser for United after Bynoe-Gittens had restored Dortmund’s lead but the German side then won 3-1 on penalties.

McNeill’s goal was his third goal in five UEFA Youth League games. This season he has three in four in the FA Youth Cup too, four for the Under-23s in the league and one in the EFL Trophy.

And, with Edinson Cavani injured, Anthony Martial out on loan and Cristiano Ronaldo misfiring, there may even be a chance of first-team football for the United youngster in the not-too-distant future.