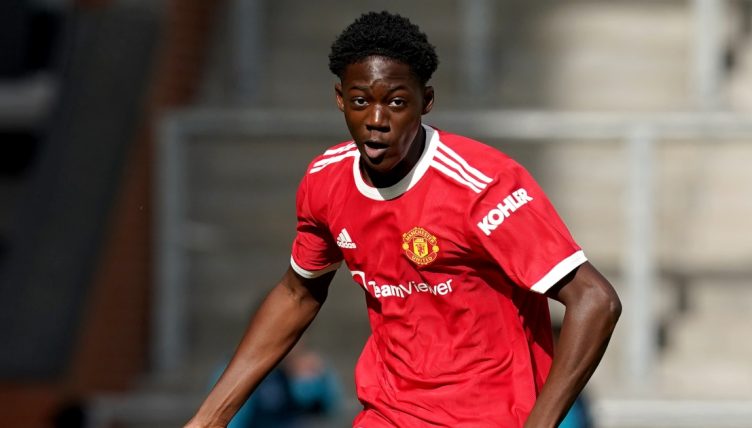 Manchester United are renowned for producing great players and Kobbie Mainoo appears to be the latest talent from their conveyor belt.

Mainoo was born in Stockport in April 2005 and has progressed through the youth ranks at United, making 10 appearances in the Under-18 Premier League in 2020-21.

Despite only being 16 years old, the attacking midfielder recently made his Under-23s debut in a 1-0 defeat against Tottenham.  He’s also made two appearances in the UEFA Youth League, coming off the bench in games against Villarreal and Atalanta.

The teenager recently made headlines for scoring on his England Under-17s debut with a brilliant solo goal during their 7-0 win over Armenia a European Championships qualifier.

Mainoo has maintained that form at club level and showcased his skills during the Under-17s 4-2 win over Blackburn Rovers in the Premier League Cup.

He picked the ball up in his own half before skipping past some Blackburn defenders and crossing for a team-mate to score.