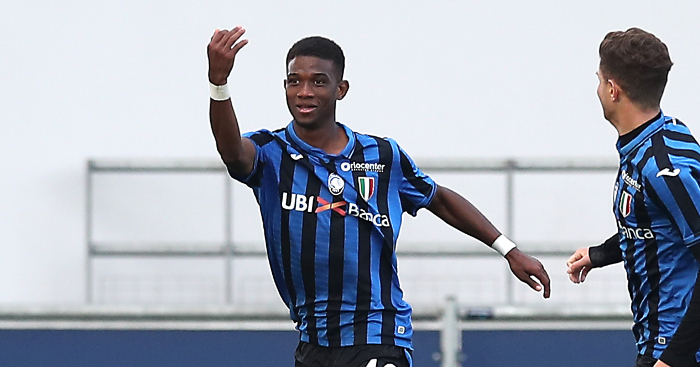 Manchester United‘s latest recruit Amad Diallo is already catching the eye behind the scenes, and scoring twice against Liverpool’s Under-23s isn’t going to slow down the hype train.

The Ivorian forward officially joined earlier this month, and has slotted straight into training. He’s already demonstrating why he had a reputation as one of the finest young players in Italy.

Earlier this week, the 18-year-old excited Red Devils fans with some slick finishing in training, and he’s stepped up in his debut for the Under-23s, bagging two goals in a 6-3 win over Liverpool.

Diallo needed just 14 minutes to get his first goal in a United shirt, and from there he showed he’s got no shortage of confidence with a delightfully cheeky panenka penalty.

There are even reports suggesting the starlet could be thrown straight onto the bench for the senior side for United’s next match against Southampton in midweek.

Whether or not he features for Ole Gunnar Solskjaer’s side, we have a feeling we’ll be seeing plenty more clips of this kid in the coming weeks.

Diallo done: The six players Man Utd have signed from Serie A since 2000