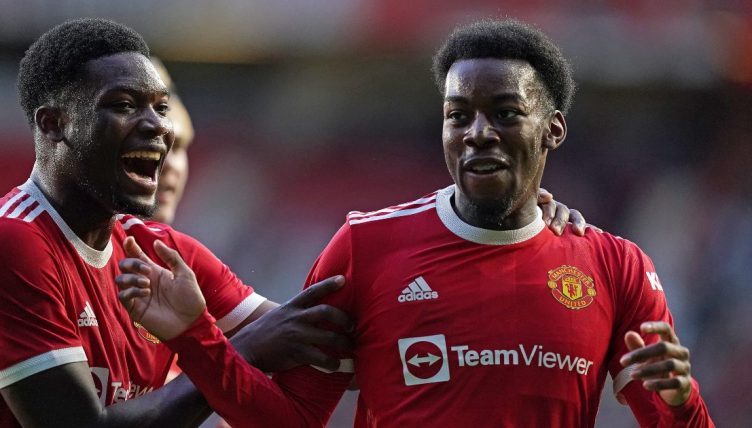 Manchester United‘s Anthony Elanga did his best Cristiano Ronaldo after scoring against Montenegro for Sweden’s Under-21s.

Elanga came through the academy broke into the United first team at the end of 2020-21, scoring one goal in two Premier League appearances.

The winger has only made one EFL Cup appearance this season and is yet to play alongside Ronaldo but was certainly excited by his return.

“I was starstruck when I heard he was coming to United,” Elanga told Fotbollskanalen in September. “But I have calmed myself down a little now.

“I will be looking at everything with Ronaldo. How he does what he does, what he does before and after training. I’ll be asking the questions any other person would.

“He’s won everything with United and knows what it takes to play for the club. He’s a legend.”

Elanga started the European Under-21 Championship Qualifying match against Montenegro and made it 3-0 in the 68th minute, skipping past a defender before putting the ball past the goalkeeper.

The 19-year-old then celebrated with the ‘calma’ gesture, which was originally created by Ronaldo.