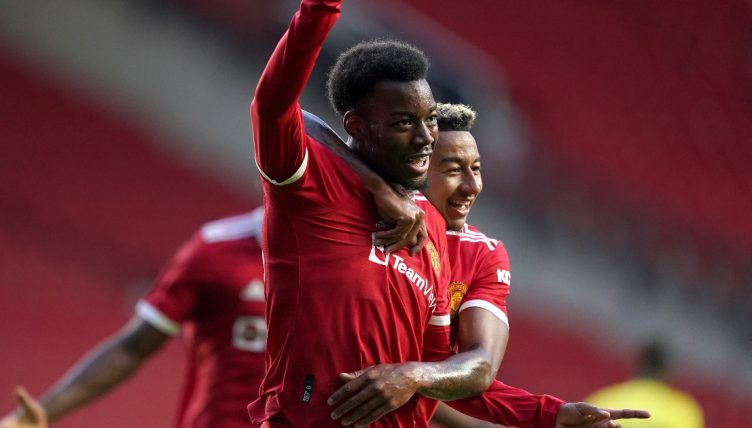 With no Premier League action this weekend, attention turns to the continent where some of the world’s biggest names are battling it out for their countries. But, as Manchester United’s Anthony Elanga demonstrated, it is not all about the current superstars.

The 19-year-old winger was in action for Sweden’s under-21 side on Friday night as they took on Montenegro and he scored an impressive brace as the visitors beat their hosts 3-1 in a U21 Euro qualifier.

Elanga found his way into Ole Gunnar Solskjaer’s first-team set-up towards the end of the 2020-21 campaign, even scoring on the final day of the Premier League season against Wolves, but he has since been knocked down the pecking order by Jadon Sancho’s arrival.

He remains intent on showing his worth however and both of his goals for his country were exceptionally composed. The first came in the 50th minute as Elanga waited until the perfect moment to slot the ball under the on-rushing goalkeeper.

Ivan Vukcevic levelled proceedings for Montenegro, but Elanga ensured parity would last just two minutes. Collecting the ball on the left-hand side of the penalty area, he took one touch before curling a side-footed shot around two defenders and into the bottom corner.

The future is certainly bright at Old Trafford. You can take a look at both strikes in the clip below.