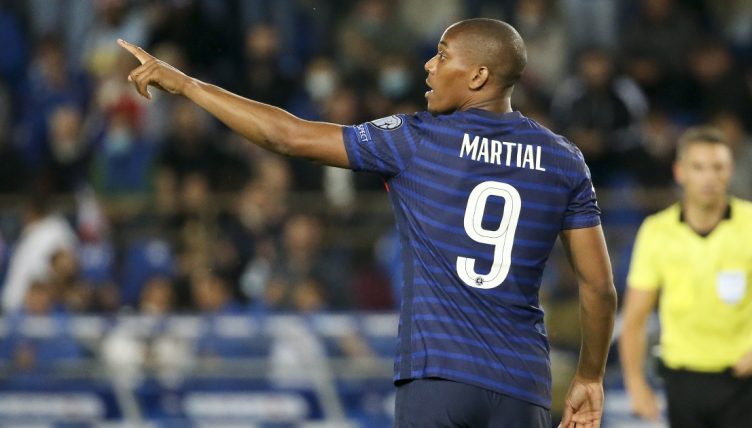 The international break is upon us, meaning club managers will be watching on through their fingers and praying their stars do not pick up any injuries. Manchester United boss Ole Gunnar Solskjaer will not have enjoyed seeing Anthony Martial in action then.

France faced Bosnia and Herzegovina at the Stade de la Meinau on Wednesday night as Antoinne Griezmann cancelled out Edin Dzeko’s opener to ensure that the spoils were shared in the World Cup qualifier.

Martial missed Euro 2020 due to an injury but the United attacker was back in the set-up for the latest set of internationals. He entered the pitch in the 76th minute in place of Kylian Mbappe but could not edge Les Bleus in front.

He did appear to injure himself, however, when trying to find his way past Anel Ahmedhodzic on the left-hand side of the box. When attempting to turn back inside, he appeared to roll the ankle of his standing leg and Martial was visibly wincing as the ball trickled out.