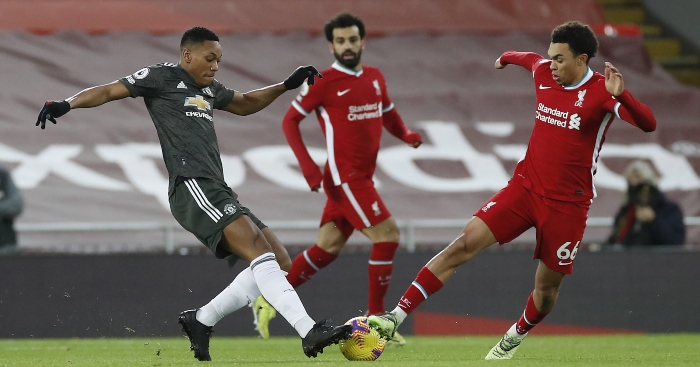 Manchester United‘s Anthony Martial slipped the ball through the legs of Trent Alexander-Arnold in the middle of a mazy run during the first-half against Liverpool.

With United manager Ole Gunnar Solskjaer setting his team up to soak up Liverpool pressure and hit them on the counter-attack, the speed and trickery of Martial were crucial to the league leader’s game plan.

While the first-half at Anfield was extremely cagey, the France international did demonstrate why his manager had selected him.

Collecting the ball inside his own half, he powered past Xherdan Shaqiri and Sadio Mane before approaching Alexander-Arnold.

Teasing his opponent, Martial proceeded to slip the ball between the defender’s legs before sprinting past him.